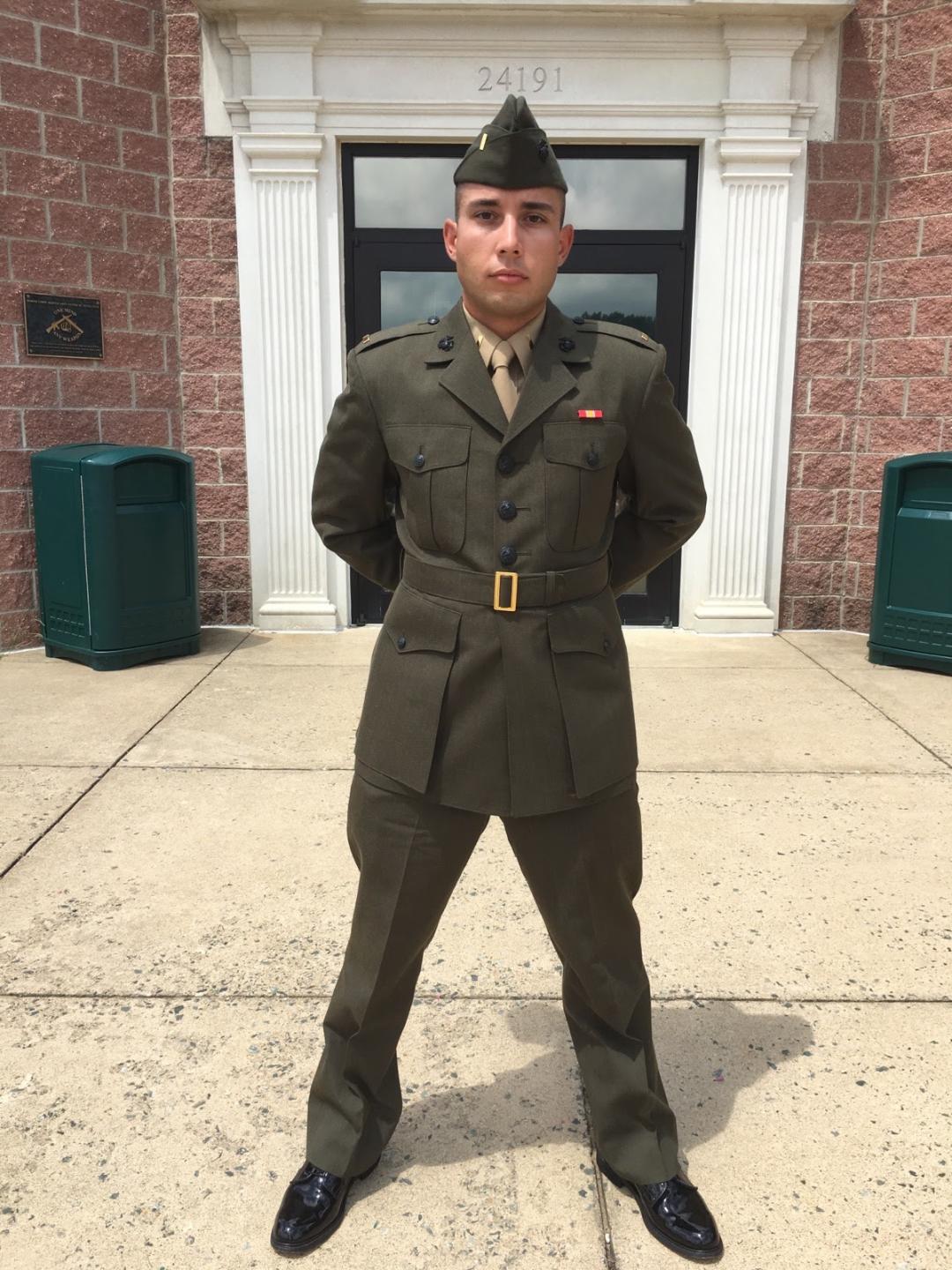 Born in Romania, Levi immigrated with his parents to the United States in 1998. His heart was set on joining the Marine Corps since he was 12 years old, but his dreams were dashed when his parents refused to sign the paperwork to allow him to join at 17. Not yet possessing the cognitive abilities to decide to wait one year, Levi set himself to taking the ACT and SAT, and applying for any and all colleges in the last month applications were open. Secretly hoping to be accepted into San Diego State, his (new) dream finally came true and he was admitted into the school through the International Business Management major.

Levi went through his first year of college motivated but with no clear end goal in sight. One day he happened to stumble upon a recruiting poster for Marine Corps Officers, which only required a pulse and a bachelor’s degree. Knowing he possessed at least one of the two, Levi’s lifelong dream of joining the Marines was renewed, and he strived to be accepted into the Officer Program. At the time, he lacked all sense of self-discipline, and knew he was not in good enough shape to meet the stringent physical fitness requirements without some outside help. He gravitated toward the rowing program after hearing an impassioned speech about “The Pursuit of Excellence” from Coach Doug Perez and watching “The Social Network”.

Levi quickly fell in love with the discipline and brutality of rowing. He accepted the harsh realities of the sport and learned the incalculable value of an indomitable spirit and above all, that his achievements in life were limited only by the magnitude of his desire to achieve them. Graduating in 2017, he promptly shipped off to the highlands of Quantico, Virginia to learn Marine Corps leadership and warfighting tactics in the war against the (fictional) Centralian Separatists. Competitively selected to be a Communications Officer, Levi now serves in Okinawa, Japan with Combat Logistics Regiment 37.

He is currently working on his Masters Degree in Computer Science from Georgia Tech and looks forward to transitioning out of the Marine Corps and working for Amazon or Microsoft in Seattle, Washington in 2021. He credits rowing with providing him with the foundation of self-discipline, hard work, and pain tolerance that has allowed him to achieve so much in life. He can be found frequenting the local beaches of Okinawa, mask on, rowing oar tattoos blazing in the sun.

If any young rowers would like to reach out for guidance on the IB program, Officer selection process, or for any other reason he can be contacted at imbuzanlevi@yahoo.com